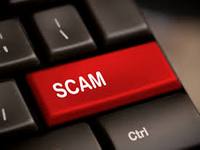 By Huang Kong
Example of successful pyramid scheme working online. HYIP investing
Sponsored Links
High-yield online investing is an exciting experience. This is not a casino, where the most important thing is gambler's luck. This is investing. Here people play against people and the laws of reality control everything. Of course, sometimes even the laws of reality are broken but this is an exception to the rule. There are many of those investors who can easily earn in high yield online investments field but there are much more of those who lose therefore we do not here about successful investors much. How do they make money? They invest in such projects as Unitetrade. I'm serious.

High-yield online investing is an exciting experience. This is not a casino, where the most important thing is gambler's luck. This is investing. Here people play against people and the laws of reality control everything. Of course, sometimes even the laws of reality are broken but this is an exception to the rule. There are many of those investors who can easily earn in high yield online investments field but there are much more of those who lose therefore we do not here about successful investors much. How do they make money? They invest in such projects as Unitetrade. I'm serious.

Imagine a magician who is showing you such trick: lifts up his hands, blasts off the ground and soars . He flew to the left of the stage, then he flew to the right, he blasted off and landed. Assistants bring the hoops in and he flies through them, then this illusionist flew into the glass box and now he is soaring inside of it. There are no ropes, no accessories. It is magic.

You are looking at this miracle as if bewitched, having no strength to tear your eyes and then he comes to the stage and says: 120% a week. Purchases reviews and does everything that all other mortal people do. He walks from one side of the stage to another.100 days pass, then 200 days pass and he keeps paying. You can not believe it, but it's really going on. You understand that the ticket to this show was extremely expensive but you feel a strange pleasure from the fact that you are watching something impossible and therefore you do not care about the price.

That is why, maybe if I had extra $100, I would participate in this scheme. Look at this: you give $100 with the hope that within the next week someone else will invest $20 minimum (one week later the admin has to give you $120). You understand that the admin has to take $20 from someone and he will not invest his own money.$20 is actually like a penny for such a period. With normal advertising even those who have just invested will invest more during this week.

However let's imagine that $20 was not invested "from the outside". The first scenario leads to problems, to scandal and to closure. A second scenario means that you have to invest another $20 for a pyramid not to collapse. It's better to invest $20 more than to lose everything, right? So, you invested $100, then another $20, and have already received $120. Your active deposit is $20 and it is necessary for someone to invest not $20 but $22 now. If you invest your own $22, then later you will have to invest $22.2 but even if you keep paying yourself, foolishly transferring your money, sooner or later the game will be over according to the first scenario. However, you understand that $20 is not a lot and that's how a miracle is done.

I made this whole story up in order to explain what this trick is. Read the calculation again. In fact, all you do is transferring your own money, so that the system can function, but do you realize that it is simply a process of transferring your own money? Looks impressive, but it is really nonsense. Unitetrade does not operate in such way, or does it? Who benefits from it? Quid prodest?

It is beneficial to those who want to build trust. Beneficial to those who will take the remainder (if the system collapses, something will anyway be left (this remainder will be the sum that remains due to inability to complete the last cycle). If this were so, then such a stupid at a first glance scheme could be easily implemented. The main thing is to make sure that $20 deposit will be made for every $100 during 2 weeks. And it's not hard if you impress everyone. I'll prove you that the main thing in this project (assuming its implementation) is the effect, rather than promoting or marketing.

For example, look at monitors of www.unitetrade.com (this project also offers a 20% net profit to your deposit after 1 week). They added 3 unpopular monitors 202 days ago, then another one 100 days ago and the last two were added 40 days ago. I've got goosebumps watching such successful development. If it was so successful right from the outset, it is an obvious proof that this scheme does not require any advertising.

Actually, unitetrade.com is monitored by more than 7 monitors. Perhaps their administrators have added Unitetrade themselves. Some of them have even removed the program and show a NOT PAYING status. And what's the difference, as long as someone finds new deposits and new investors for the project? And, it is clear that it is very important for such project not to steal because a required amount of money might not be deposited in one of the weeks.

Therefore a "stabilization fund" is needed. It is funded every time when more than $20 required for the project is invested, for example, $200. Of course, it will be necessary for someone to invest $40 in that case but for the whole week this $180 is superfluous and it is possible to use them for advertising and promotion, for example. In that way more people will know about the program and will invest more because new deposits are always needed. Everything will continue for as long as some amount of money for which the admin will not be able to pay is invested and the remainder money will stay with him. In my opinion it's really a miracle.

Every online investor, sooner or later confronts such dilemma: either to be afraid to risk and to regret the lost opportunity or to risk and then regret that decided to invest. Every person solves it for himself. If someone does not like to risk, he should abstain from investing, otherwise, later he will regret that he had lost. And if a person is afraid to miss opportunities, then it is better to take the risk and to invest as much money as he is not afraid to lose. He had better do so, because in case of lost opportunity to win (if a project brings profits to everyone), he will not forgive himself. It is easier for such people to lose $10,000, than to realize that an opportunity to win $1,000 was not used. You have to understand which one of these types of people you relate yourself to.

I do not want to criticize and to encourage you not to invest in Unitetrade. Vice versa, I want to explain our position regarding such programs. The administrator of Unitetrade is a genius, an ideal of investment world. He did what every admin has to do and if you have extra money, invest it only in order to support this wonderful project but if you suddenly lose, blame only yourself because you were warned and decided to invest anyway. Now you're an investor of one of the coolest projects of 2010, which you'll soon remember about with regret. You will measure the success of all programs comparing to this one and the most important is not to repeat what you consider to be a mistake. Try to repeat only success. As Gekko said, you shouldn't have any emotions when it comes to shares. Money is your shares and Unitetrade's value has increased. Those who invested in it in the beginning, have earned. But this is a bubble, fictitious value, an illusion. Be aware of this.

If you are that kind of person who believes that he should not miss any opportunities to earn, then you can invest even now (although now, after such a reduction in the number of monitors (as BestInv did before closing) the situation seems to be even more suspicious). If you're the one for whom it is better not to risk because you will be nervous every day, it is better to abstain from investing. And this is the only choice, not only in this case but in any case when it comes to investing in HYIPs. Are you one of those who goes to magician's show in order to see a miracle or do you want to see this magician really flying? If you chose the first option, then you are aware where you go and you won't say later: "he did not fly, he was supported by ropes", you will truly enjoy this experience. And if you chose a second option, then most likely you will really regret that you wasted your money. After all, miracles do not actually exist.

P.S. In the usual sense of this word. After all life is also a miracle :) Appreciate it.

Huang Kong
Huang Kong skillful writer, working at HYIPNews since 2008. Experienced in writing articles, news reports and editing online content. Hong Kuang has proven to be a consistently dependable team player, able to handle any task in the sphere of article writing. He thrives in a high-pressure environment, enjoys the challenges of meeting deadlines and managing a team, he is comfortable researching, writing and editing on a wide range of topics.

Investments in China Archive
HYIP Market in the Old and the New Year. 2005 Archive
First Experience of Communicating with Programs Archive
How to Invest in Doubler Archive
What to do if your E-gold was Stolen? Archive
2006 Spring Strategies. Sequel Archive
Interview with Peter 1000 HYIPs Investor Archive
E-currencies. GoldMoney NetPay Archive