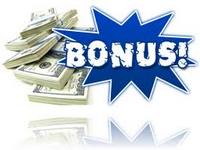 Another newsletter has been delivered tot the members of FinMutual HYIP, which is TOP listed at HYIPNews. The admin of the project has been taking much attention to communication with customers by means of sending regular newsletters informing about the project's development and performance. Another reason for sending the news updates is possible troubles that might have occurred to the website or other aspects of the project's development. Today is just the case.

Earlier this day, the admin of FinMutual has sent the newsletter, notifying about short downtime of the website that has taken place today. The reason, as claimed by the admin was the network switch at the datacenter, the same as happened yesterday. The downtime was a bit unusual and hence to show some loyalty towards the customers, the admin of FinMutual has announced the variable deposit bonus to be not modified till May 19th, 5PM Eastern Daylight Time. The 10% bonus hence will remain and then till Friday May 23rd at 5PM Eastern Daylight Time it will make 6%.

The admin is thankful for the patience and appreciates all the efforts made by the customers to take advantage of using the variable deposit bonus system launched about two months ago. The bonus system announced by FinMutual is the unique one in the industry and obviously it enjoys wide popularity among the customers online. As for the future plans, they are not clear yet, the only thing announced is that in 2014 FinMutual expects more progress and development. Let's hope the project will remain paying stably and properly for as long as possible.

Sportto - Best Investment Platform
SPORTTO.COM has been engaged in the field of generating income from sports betting, in the strategy of arbitration between bookmakers. With proper and professional work sports arbitrage guaranteed brings profit without the risk of losing money!