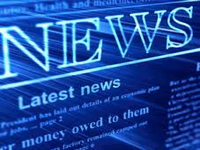 Here we go with another news digest and we start with the update from Biksbit, the project announced adding Russian language to the company's website. The admin is happy with the results currently shown by the project and assures adding Russian location will facilitate the growth of interest of a large number of new partners, for whom Russian is a native language.

Another program FexFund added new languages - Chinese and Vietnamese. There are is also more news, and the biggest one is removing of $500 minimum requirement for joining the Representatives list. The only requirement which remains is to have 5 active direct referrals. Let me remind you being Representative one can earn 10% commission. Also those users who make deposit without an active upline are drawn among the representatives and deposit bonuses are paid to them randomly.

With this new adjustment, any investor who puts in anything above $4500 can now invest in plan B, which gives 4% returns daily. Initially, the minimum investment for plan B was $8100; but it has been lowered down to $4,501. Also the management of the project updated the FAQ page telling in details how to deposit, how to join and fund the Axis Crude account directly from the e-wallet.

ReyKey officially released its weekly newsletter announcing the completion of the first long investment cycle under the ReyKey Daily plan. Everyone who picked this plan was able to get 57.5% of net profit. The total amount of payouts added up to 138,000 $. The AdvCash payment system was added on the ReyKey website. Adding new system also affected the growth of daily signups. Over the past week, the increase in the number of users amounted to 5800 people. This is 20 % more than the previous week's figure.