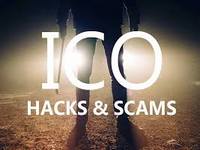 The number of Initial Coin Offerings, or ICO, has skyrocketed in the last two years.

During the ICO run companies create digital tokens that are sold to investors in exchange for cash or crypto currency, in particular bitcoin or ether.

After analyzing the 1,450 ICO, the Wall Street Journal found that 19% of them who raised $ 1 billion of capital were suspicious. Some of them had documents that were not in order, others promised high returns to investors, and others were implemented by nonexistent governing groups, experts conclude.

However, ICO are incredibly successful methods of getting the funding needed.

One of such example is the Ethereum project, and the crypto-currency, underlying it, has become the second largest in the world. In 2014, 60 million tokens were sold, and the capital was collected in the amount of 31,000 bitcoins.

Mangrove Capital, one of the first investors in Skype, claims that if investor puts money to ICO blindly, the profit will be 13.2 times higher than the initial deposit.

The Securities and Exchange Commission tightened supervision of the ICO, in order to detect fraud. Last week, the Commission held an imaginary ICO, trying to teach the lesson to investors. During the ICO, the HoweyCoins tokens were offered.

The website reveals that HoweyCoin is currently in the middle of its ICO presale, giving investors just a little more than two weeks to purchase their tokens at a 15 percent discount.

The token sale documents further assure investors that they will reap significant returns on their tokens – as great as two percent per day – with a minimum growth rate comparable to those of high-performing mutual funds.

HoweyCoin even has endorsements from athletes, social media influences, and other celebrities who are obviously the top authorities on the quality of the underlying technology.

However, the fun ends once prospective investors click the "Buy Coins Now" link, which instead directs them to an SEC investor education website that provides information on how to identify and avoid common ICO scams.

"The SEC was able to build the HoweyCoins website in-house in very little time," the agency said in a statement, "which demonstrates just how easy it is for someone to create a scam opportunity."