HACKERS STOLE UP TO 1 MILLION USD FROM EOS NETWORK 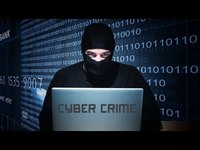 The vulnerability of many decentralized applications on the EOS network has resulted in hackers stealing up to $ 1 million since July of this year. This was reported by Chinese media, citing data from PeckShield, which specializes in cybersecurity.

According to this report, in the period from July to November 2018, 27 weak points in various blockchain applications were found in the EOS ecosystem. Cyber-fraudsters took advantage of these errors and stole up to 400,000 EOS coins for a total of up to 8 million yuan. In terms of US currency, hackers were able to steal more than $ 800,000.

According to the cyber-security experts, most attacks on the EOS network turned out to be successful, not so much because of the vulnerability of the blockchain cryptocurrency, but because of errors in the work of decentralized applications.

Experts believe that such attacks will increase as hackers are constantly improving methods of hacking software security systems.

In addition, the report notes that the EOS blockchain has a significant number of inactive accounts (from 200,000 to 500,000). Nearly 120,000 accounts are managed by groups, which proves that up to 37% of the blockchain cryptocurrency are actually real users.

Hackers are so adjusted to the EOS blockchain functioning system that they started releasing fake applications on behalf of the cryptocurrency project.