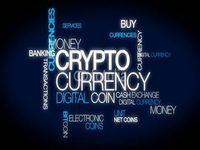 Ethereum developers have proposed to activate Constantinople hardfork late in February. This decision was made during a conference call on the morning of January 18, reports CoinDesk. Thus, the Ethereum network should switch to new software in the interval between February 26 and 28, but the block number has not yet been determined. Note that the developers have excluded the implementation of the problematic EIP-1283 in the upcoming update. Recall, the planned upgrade of the Ethereum network called Constantinople was postponed indefinitely after the critical vulnerability discovered by ChainSecurity in one of the improvements.

The development team presented an update for the EOS cryptocurrency platform, which will increase its throughput capabilities by more than 30%. During testing of the EOSIO 1.6.0 update, it was found that network performance is increasing at a rapid pace. In a statement, the development team noted that updating the software platform should significantly increase its throughput, which will reduce transaction processing time and dramatically increase their total number.

The team's blog also stresses that internal testing showed an increase in transaction speed by 35% with every second transfer of tokens. With the general testing of the EOS software, the developers have recorded noticeable improvements in the quality of the platform and a reduction in the costs of the blockchain for a separate operation.

A significant improvement in the performance of the EOS blockchain is noticed by many analytical services. For example, according to the Coinmetrics resource, the EOS digital currency network leads in the blockchain platform ranking in terms of the number of transactions. Bitcoin in this rating could take only the fifth line, giving way to Ethereum and Tron.

The founder of the cryptocurrency exchange OKCoin Star Xu has filed  an application with the Hong Kong Stock Exchange (HKEX) for the acquisition of a controlling stake in LEAP Holdings Group Ltd. According to information posted by HKEX, Star Xu (real name - Xu Mingxing) buys 60.49% of the shares of a publicly traded construction company for 484 million Hong Kong dollars (about $ 62 million).

Industry insiders believe that, if approved by the exchange, this reverse takeover makes it possible for OKCoin to become a public company in Hong Kong without the need for an IPO. Earlier, the cryptocurrency exchange Huobi followed the similar way, the founder and head Li Lin, acquired 66.26% of the shares of Hong Kong public company Pantronics Holdings for $ 70 million in August.

Recall that last year the largest Chinese mining companies - Canaan Creative, Ebang Communication and Bitmain - submitted applications for IPO to HKEX. After six months, when the time came to confirm application, Canaan did not do that, later information appeared that the company was considering the possibility of holding an IPO in New York. Ebang has updated the IPO application and, together with Bitmain, continues to await for the approval of the exchange and the Hong Kong regulator. Earlier it was reported that the exchange delays the process of reviewing applications of cryptocurrency companies, doubting the stability of the business and the prospects of the industry.