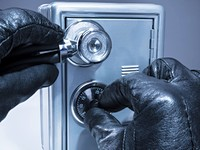 Will coronavirus crisis be the catalyst for widespread crypto usage 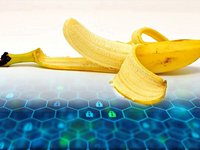 Us authorities seize $65 million in an alleged banana fund scam

Hyip information survey 603
Nice to present the readers with the Hyip Information Survey #603, published on Friday. Three hyips, which were included in the HyipNews section last Friday have now been removed and replaced by three new programs: Proledgr, Mainrobots and Empower Forex. As for those removed...

Latest hyip news digest march 27 2019
Empower Forex listed at HyipNews for 30 days, has published the news informing the members of adding some new language localizations to the website. So, from now on the interface and all the information on the site is available for the citizens of China in their native tongue....

Localbitcoins enables mandatory verification
LocalBitcoins is one of the oldest online portals for buying and selling bitcoin. Now, once anonymous exchange finally introduces a proper verification process. Anonymous purchases and sales of bitcoins will no longer exist. Yesterday, the exchange announced the introduction of...

Latest hyip news digest march 25 2019
Two more programs have added new languages. Caribbean Dream, listed at HyipNews for 263 days, has added the Indian version of the official site. Now all investors and partners from India can learn more about the project. NexoFX is also available to Filipinos in their own language...

Mainrobots 10000 members joined
The Mainrobots hyip investment program listed at HyipNews for 28 days has actually been online for some months. As it's been reported more than 10,000 members have joined the project and 78% of them are active investors with at least one active deposit.The admin of Mainrobots...

What cryptocurrencies are now relevant
Most people are concerned about their financial situation, being in constant search for ways to make money. It is in such a search that many people came to cryptocurrency. In general, cryptocurrencies have incredible performance as an investment.Any day can bring a million, but...

Binance research the correlation of bitcoin with the main cryptocurrency falls
The report was prepared by a group of analysts Binance Research, which was announced last fall. The study entitled "Are Cryptoassets Highly Correlated?: An exploration of relationships between Bitcoin and other large cap digital assets,” was published on March 20.The report...

Standard profit hyip presentation
The HyipNews team is pleased to present the readers with the new Hyip added to the hyip monitor Standard Profit, publishing the short presentation of the hyip to make the potential investors acquainted with the program and its terms, which may become suitable for funds depositing...

Tophats farm enters us market
Tophats Farm reported on the implementation of the tasks. What the company was striving for - task number one in March 2019 - came true! The future in North America has come. The year of preparation for the opening of an international office was not in vain, and Tophats Farm is...

Hyip information survey 602
Nice to present the readers with the Hyip Information Survey #602, published on Friday. The performance of the Top Performers today is pretty stable. Derglobal went down in the list. Exeons and BitWealth Company went up. CoinKDJ exchanged positions with SuperCrypto.There is one...