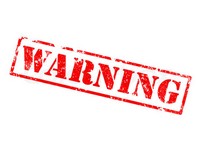 One of hyip investment programs, Triton Plus, the website of which has been out of access for some time recently as well as there were some delays in withdrawals has published the newsletter giving explanation to things going on after it had been attacked by a powerful DDOS attack on March 14.

As announced the attack has been launched by a group of so-called "hackers", who use DDOS as the way to blackmail hyip owners requesting large amounts of money for stopping the attack. The admin of Triton Plus and the entire team did not agree to any of the attacks of the attackers' requests and decided to fight them. The DDOS attack, specifically the SyncFlood attack, which was on a very large scale and hard to detect, completely shut down the website of the hyip investment project. The technical team of Triton Plus along with the server provider tried to restore the site to action. Unfortunately they didn't manage to find a solution immediately. Only upon the expiry of several hours the site has been restored.

The owners claim the attack was ordered by one of the rivals, wishing to destroy Triton Plus and to take investors on their side. The same rival rents people who using a telegram and google translator are trying to write private messages to users of the chat every now and then impersonating administrators and proposing strange promotions trying to convince them to deposit money into external bitcoin wallets.

Finally, the functionality of the website has been restored on 15 March 2019 at 13:02 (GMT). The payout portfolios worked perfectly, despite some evident problems with completing some orders, due to their high rate (dozen requests per minute). On 16 March 2019, the payout channels of Triton Plus were completely blocked. From March 14, 2019, due to attacks, as the admin claims, due to completing of hundreds of pending withdrawals no trading activity has been carried our for over 2 days.

The admin of Triton Plus asks customers for understanding for that reason, going back to the program's performance for the last 32 days. Over 5000 20-day contracts with a profit of 140% – 180% have been completed. On our side, let us remind you no past performance can secure future profits. The status of the hyip is paying on major sites, who tend to believe the explanation of the Triton Plus admin, who apart from the rest claimed that payment issued is about to be resolved today for the sake of reserve funds, so we expect all pending withdrawals be completed today as well.