BINANCE RESEARCH THE CORRELATION OF BITCOIN WITH THE MAIN CRYPTOCURRENCY FALLS 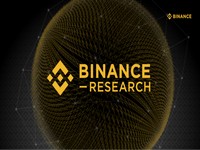 The report was prepared by a group of analysts Binance Research, which was announced last fall. The study entitled "Are Cryptoassets Highly Correlated?: An exploration of relationships between Bitcoin and other large cap digital assets,” was published on March 20.

The report notes that there are characteristics that can potentially affect the correlation between cryptocurrency assets that tend to change the price in tandem.

Some of the key findings of the study include the idea that Bitcoin is indeed the "industry leader." This is confirmed by the high correlation between the market capitalizations of the top 30 cryptocurrencies over the past three months.

However, the yield in Bitcoin had a lower correlation than the yield in US dollars over the same period. This phenomenon is largely due to the increased attention to stablecoins in cryptocurrency markets. Many traders use Tether (USDT) or other stablecoins as a base for trading instead of Bitcoin.

The researchers also discovered that important news about the development of cryptocurrencies affect the prices of specific coins. Binance confirmed  - what analysts call the "Binance Effect", which means that "digital assets listed on Binance often have higher correlations among themselves."

Another conclusion reached by researchers is that a specific consensus mechanism of cryptocurrencies can influence the correlation between their returns. In general, the study confirms many interesting facts that cryptocurrency industry enthusiasts have been thinking about in recent months.