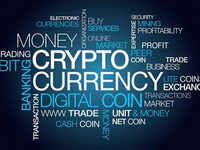 April has been an excellent indicator for the cryptocurrency market. Many crypto analysts feel optimistic and expect further growth. Bitcoin and the majority of cryptocurrencies have grown this month, rising by about 38 percent since the beginning of April. The explosive growth on April 2 forced many analysts to scratch their heads, asking themselves: "Is it stable?" However, the fact that Bitcoin could convincingly hold above $5,000 indicates a force that the market has not seen for over a year. On April 12, the total market capitalization (as reported by CoinMarketCap) reached an annual maximum of $186 billion. Bitcoin, of course, makes up almost half of this, with a market capitalization of $90 billion.

There are several reasons for optimism regarding the current rally. It all comes down to the recent flow of good news in the industry combined with market trends. Before the April rally, the most stable month for Bitcoin was March. Many companies have released good news this month - for example:

• Coinbase released its own debit card;
• The trading volume was at a record high level in all areas;
• Last month, CME reported the highest trading volume on Bitcoin futures;
• Interest in the search for Bitcoins in Google has grown, reaching the seventh place in the world.

According to Brian Kelly from BKCM investment management firm in the next few years Bitcoin could exceed a record $20,000. However, rising too sharply, the rest of the cryptocurrency market must now prove that it can stabilize at these price levels. So far, given that Bitcoin has maintained its position above $5,000, the future looks promising, even despite the fact cryptocurrency rates are gradually declining amid reports that Visa (NYSE: V) has begun issuing cryptocurrency cards in conjunction with Coinbase. The debit cards issued by Visa will allow Coinbase customers to make purchases for Bitcoins, Ethereum and Litecoin. At the time of purchase, cryptocurrency is converted into fiat currency.