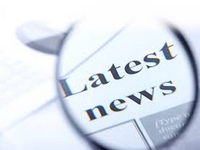 Let's have a look at the latest news from the hyips online. Caribbean Dream listed at HyipNews for 305 days has updated the members and issued the report of the milestones the company achieved since the start of the year. The list looks really amazing and can be seen on the official website of the project. Here, i would like to outline the major achievements made by the team of Caribbean Dream. Lots of conferences have been held since January in various parts of the globe, the website has been translated in 10 languages. It has been redesigned, new investment plans have been introduced along with the unique referral program. Another special achievement is the opportunity announced to allow depositing funds with VISA cards issued by Russian banks.

Wssavior continues to work on expanding the list of payment systems. And this time the platform officials reported adding Ripple cryptocurrency as part of the payment system.

WiseDeposit presented its weekly report, which states that over the past 103 weeks, 67 new partners have been registered and 2,705 new deposits have been created. The project paid $39,300 profit.

Mizes also provided its report on the work upon completion of 170 days of working online, during which 61369 users were registered, about $417,911 were deposited, and the partners' income amounted to 510% for the entire duration of the project. The admin of the project along with the team plans to launch another mining pool, thereby expanding the earning potential of investors, but so far this is only in the plans, let's see what happens next.

And finally, I would like to say a few words about the current state of affairs in the cryptocurrency market. Exclusively it is worth noting that today, on May 6, 2019, there was an increase in the rate of Ethereum, at the time of writing the news by 8.18% - to $174.74. A key factor in the growth of prices, most likely, were reports of a possible approval of CFTC Ethereum futures. A senior official of the Commodity Futures Trading Commission (CFTC) reportedly stated that Ethereum futures are possible in the near future. According to him, "CFTC would feel comfortable if it were Ethereumq derivatives." However, he again stressed that the decision on approval or rejection is made solely by considering a specific application.