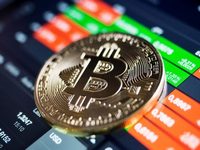 The price of bitcoin came under pressure in anticipation of Libra's Facebook cryptocurrency government hearings on Facebook on July 16 and 17, Coindesk analyst Omkar Godbole writes.

David Marcus, the head of Calibra (one of the organizations created for managing and developing a crypto project), will have to appear before the Senate Banking Committee tomorrow, and on Wednesday at the House Financial Services Committee.

For example, last year, Bitcoin fell from $6,820 to $6,070 five days before July 12, when the House Financial Services Committee held a hearing on the topic "cryptocurrency as a new form of money." The price of Bitcoin remained in this price range a few days after the hearing, and then rose to $8,500 on July 24, because the statements made at the hearing were not generally negative for the cryptocurrency market.

Similarly, Bitcoin fell from $12,000 to $6,000 10 days before a congressional hearing on February 6, 2018, during which the chairman of the US Securities and Exchange Commission and the head of the US Commodity Futures Trading Commission testified to the Senate Banking Committee. This hearing was also surprisingly positive, and by February 20, Bitcoin had risen to a level above $11,700.

Facebook cryptocurrency is considered to be a pure positive for Bitcoin - this is evident from the rapid price increase from $9,000 to $13,800 within eight days after the announcement of Libra on June 18.

Thus, it is not surprising that the price of the leading cryptocurrency can respond to the congressional hearings on Libra.

It is worth noting that the head of the Federal Reserve, Jerome Powell, has already called for the suspension of the Facebook project until the issues of AML / KYC are resolved. President Donald Trump also criticized the draft.

Bitcoin, however, can rise well above the $13,800 mark and, possibly, reach new highs by the end of the third quarter, if the results of the hearings are more optimistic.

As for technical analysis, the short-term outlook remains optimistic, as long as the price holds above $10,500.