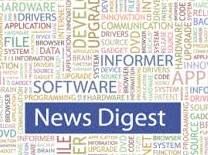 Nice to present the readers with the Hyip Information Survey #625, published this Saturday. This is the final HYIP Information Survey we are publishing in the year 2019. And there's actually not much to talk about today in the Top Choice section. The same programs are included and located on the same positions. Closer to the end of the year the industry seems to take a break. The activity of admins is getting lower.

No new programs have been added to HyipNews lately. Moreover, the number of newly launched hyips is also minimum. The industry is on a break, obviously. Even the situation in the Problems section shows lack of activity in the hyip industry.

The saddest surprise was given to the members of one of the most long-term listed hyip, being a part of HyipNews for more than 1000 days - Yesss hyip has been blacklisted on the edge of the New Year. So has another opportunity listed at HyipNews - Passive Revenue Share. Onecoince, used to be Problem last Thursday is eventually blacklisted today. Currently both Problems and Closures list are not numerous at all.

Some latest news from the hyips online can be found in the Events section today. Emoney reveals the update from Binance exchange adding the opportunity to buy cryptocurrency using Visa cards. Some update on Bitcoin ecosystem and hashrate trends as well as possible predictions for Bitcoin in 2020 are also included.