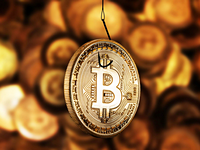 Every day, cryptocurrency scams are growing in their numbers and Bitcoin appears to be top on the list, likely because of its popularity. In the first 6 months of 2020, $25 million have been lost to Bitcoin scams, and the numbers are expected to increase drastically.

This booming market is awarded the perks of little to no risks, no tax fees, and incredibly high profits. It comes as no surprise that the cryptocurrency scam market has profiled its revenue by twenty folds since 2017.

Twitter bot Whale Alert, which tracks large transactions of cryptocurrency such as Bitcoin, collaborated with Scam Alert to compile a “crime reporting, tracking, and analysis” report. In one of the charts showing the estimated annual revenue of the cryptocurrency market, the market’s annual revenue is predicted to reach at least 50 million US dollars by the end of 2020.

Scammers are making a fortune on a daily basis

With giveaway scams becoming increasingly popular, scammers are said to be making up to $130,000 on a daily basis. The numbers could go even higher depending on the level of sophistication of these scams.

To lure victims even faster, these scams usually imitate prominent entrepreneurs, cryptocurrency exchanges, and their founders. The likes of Elon Musk and the founder of Binance exchange have been featured in giveaway scam Ads and the former attracted enough attention to get victims to pay millions of dollars.

The evolution of the Cryptocurrency scam market

Cryptocurrency malware scams and Bitcoin sextortion emails were some of the most popular methods used by scammers back in 2017. The former was used for hijacking a person’s clipboard and changing their Bitcoin addresses.

With the latter, scammers would send emails claiming they had compromised a user’s computer and threaten to reveal the user’s browser history of all lewd content they have utilized. With the evolution of the crypto-market, hackers are coming up with new and more advanced ways to lure their victims, although sextortion and malware scams are still being used to this day.

Scammers who are desperate to prove their legitimacy have gone as far as creating multiple social media accounts, fake Bitcoin faucet websites, and fake exchanges where they claim to offer round the clock support.

The sophistication of present-day cryptocurrency scams are suggesting that more professionals are entering the space, and according to Whale alert bot, it won’t be long before advanced artificial intelligence is used to create Identity manipulation videos known as deep fakes.

Are Cryptocurrency exchanges the root cause?

On social media platforms, leading exchanges are usually verified to avoid identity compromise, yet this is barely enough to keep scammers away. Crypto-users who have been in the community for a longer period of time usually know better than to engage in any giveaway activity from an unverified social media account.

But the newbies, who sadly, are mostly introduced to the world of cryptocurrencies through these scams, have a harder time differentiating between fraudulent and legitimate exchanges.

The report also hammered on the fact that although exchanges may not be aware of imitation scams, being the middleman between traditional finance and cryptocurrencies, they have a role to play in educating newcomers.

“Established blockchain companies play a big role in normalizing the idea of free money through giveaways and should be more thoughtful about what message they carry outwards and stop with these kinds of promotions altogether. As the gateway between fiat and cryptocurrencies, exchanges especially should be actively educating newcomers on the dangers in blockchain” – Whale Bot.