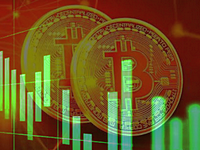 Cryptocurrencies had a relatively muted month in August. In total, Bitcoin, Ethereum, and Ripple prices rose by 3.69%, 19%, and 12%, respectively. This was weaker than their performance in August, when the three currencies rose by 21%, 63%, and 64%, respectively. Other assets like gold, silver, and palladium also lost momentum in August.

At the same time, the US dollar, which has an inverse relationship with these assets continued to fall, moving to the lowest level since 2018. Interestingly, in August, stock indices like S&P 500 and Nasdaq 100 outperformed cryptocurrencies.

A key catalyst for movement in cryptocurrencies happened during the virtual Jackson Hole summit. In his speech, Jerome Powell, the Federal Reserve chair, said that the bank will be reluctant to raise rates even if inflation moves to the bank’s target of 2%. While the bank did not provide guidance on when the next rate hike would happen, analysts believe that rates would remain at the current levels for at least five more years.

Low interest rates encourage consumer and business spending because they remove the incentive for saving. As a result, they tend to be better for alternative assets like gold and cryptocurrencies. Therefore, analysts believe that crypto prices will continue rising.

Most companies pack their funds in treasuries, which are thought to be safe and less volatile instruments. This is changing as some companies started investing part of their cash in cryptos. In August, MicroStrategy, a tech firm valued at more than $1.2 billion announced that it was converting its $250 million into Bitcoin.

What next for Fidelity Bitcoin index?

In August, Fidelity became the first major company in the US to offer a Bitcoin fund for wealthy clients. The company will begin to offer the Wise Origin Bitcoin Index Fund 1 through its newly created Fidelity Digital Funds. The fund will only be available to qualified purchasers through family offices, institutions and investment advisors. It will also have a minimum investment of $100,000.

The decision by Fidelity to offer these services comes at a time when demand for the assets is rising. For example, in the second quarter, investors poured more than $900 million into Bitcoin funds held by Grayscale Investments. That brought its total assets under management to $4 billion.