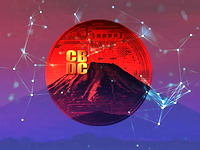 Apart from legislative changes to support a possible CBDC issuance, these amendments to the BOJ’s roles and responsibilities may also affect other policies like inflation and job creation.

According to Reuters, Japan needs amendments to the laws guiding its mandates and responsibilities to issue a CBDC. Kozo Yamamoto of Japan’s Liberal Democratic Party made the call in a statement issued on Oct. 12.

Yamamoto, who is the head of the party’s financial affairs council, argued that the BOJ would need similar legal mandates as the U.S. Federal Reserve. Apart from the proposed legislation necessary for CBDC issuance, Yamamoto also clamored for the BOJ to oversee issues relating to job creation and inflation.

The call by Yamamoto who was previously a member of the country’s finance ministry is the latest indication of Japan’s growing focus on a sovereign digital yen. Back in July, BeInCrypto reported the BOJ’s CBDC research expansion including the appointment of a new digital payments chief.

In Feb., Yamamoto urged the BOJ to create a digital yen within the next two to three years. According to Yamamoto at the time, a CBDC would play a vital role in stabilizing Japan’s economy in the event of a future global financial crisis.

With China making significant strides in its CBDC project, other Asian countries appear to be increasing their focus on the matter. As previously reported by BeInCrypto, phase one of South Korea’s CBDC experiment is also complete.

The Bank of Korea (BOK) says it plans to test the distribution of its experimental digital currency in 2021. Elsewhere in the Asia Pacific (APAC), the Central Bank of the Philippines is also moving towards conducting a CBDC trial run.

Outside the APAC region, countries like France and The Bahamas are also involved in CBDC-related projects. The Bahamas is reportedly set to begin the gradual rollout of its sovereign digital currency in October.

In China, the digital currency electronic payment (DCEP) trials are still ongoing. As at the end of August, China’s CBDC had reportedly facilitated about $160 million in payments from over 3 million transactions.