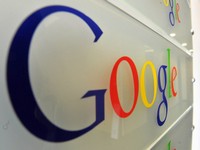 10 best altcoins to mine with home computers 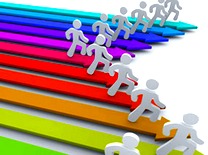 Decentralization a new era with a new financial system
A decentralized finance system does not involve a mediator, and this arrangement is the most significant advantage the DeFi has over our traditional banking system.

Genesis trading first licensed cryptobroker
The former subdivision of SecondMarket, dealing with bitcoin trading, has been relaunched with the new name Genesis Trading. The goal of this company is to become "the partner of choice for large institutional buyers and sellers" on the digital currency trading market as well as to create its own name in the industry.

Bitcoin after half 2015 coinbase results
The first half of 2015 has passed and we can make the first valid conclusions on trends, which describe the main aspects of Bitcoin eco-system. Despite the fact since the start of the year Bitcoin price lost around 14%, we can see in general absolutely positive trend on the appreciation of cryptocurrency role and significance in business community, among regular customers and,...

Stripe announces partnership with visa
The provider of online payments Stripe has recently started the new round of financing. The following payment systems: Visa and MasterCard invested to the startup. Along with that the US venture fund Sequoia Capital joined the financing as well. The amount of financing has not been disclosed though. Thanks to large investments the Stripe capitalization reached the amount of $5...

Payeer payment system
First of all we need to mention, Payeer has become extremely popular after EgoPay was hacked. Basically it is a very simple payment system for HYIP runners. It is now used with the same frequency as Perfect Money is for making deposits and taking withdrawals. Starting to use Payeer is very simple. With the minimal commission you can transfer the money from, let's say, Perfect...

Mastercard modernizing tokenization
The International payment system modernizes the service of payment data encryption. From now on tokenization will be spread on mobile applications and e-commerce. Apart from that the company implements data encryption of the brand-name credit cards.

Current payment trends in hyip
So, the HYIP market is getting stronger day by day and now it's the best time to talk about the payment processors, which are widely used and are recommended to use when investing to HYIPs today. Not many changes actually happened since the start of the year after the collapse of EgoPay, however getting to know the latest trends in the payment options sphere is always useful....

How to buy bitcoins in bitcoin atm
Knowing how to buy Bitcoins in Bitcoin ATM is a useful skill, especially taking into account the fact this cryptocurrency is getting far more and mroe popular. Read the article below and find out about the progress of Bitcoin ATM industry within last year. Learn about the specifications of carious Bitcoin ATMs and verification required to be passed through in order to buy...

Okpay plastic debit card solution
Even though, OKPAY acts fervently frequently enough about the places, where clients spend their money to, it always thinks about the qualities of services provided. To tell more, OKPAY takes care about the posisbility for the customer among the rest to cash out e-currency anywhere in the world, where Mastercard is accepted. 24/7 payments virtually and via the plastic are...

Payments systems: paypal
We have paid much attention to coverage of different topical questions recently, at the same time we put off bridging gaps, which have been planned before to cover the basics that quite often remain to be mysteries for many people, despite their everyday use. Today we are going to tell you about PayPal payment system, which is definitely an important player of Internet...