BITCOIN GROWS CAN IT GO ABOVE 4100 USD 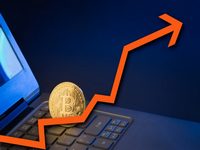 The largest digital currency is slowly gaining in value on Thursday, March 21 and some experts predict that the milestone of $4100 will be overcome in the coming days.

At the time of publishing this material, the BTC rate was at $ 4090, and the bitcoin market capitalization rose to $71.999 billion.

Over the past few months, many traders expressed concern that Bitcoin could not get out of the pressure zone and break the psychological mark of $4000.

A few days ago, the coin was able to make a small dash, which led analysts to announce its explosive growth. The general director of the investment company BKCM, Brian Kelly, is sure that now the main cryptocurrency is being traded on the so-called "bottom". The decision of the Chicago Stock Options Exchange to postpone the launch of the March bitcoin futures reflects the situation in which the BTC finally felt its bottom, Kelly said.

However, the same businessman is sure, and many Twitter users have already agreed with him that the fundamental indicators of Bitcoin now remain strong, but they will not change for at least another 15 months. Even if we see a jerk of a coin to $4200-$4500, Bitcoin is unlikely to stay at this level, and in the end it will still squeeze.

In order to maintain the current positions won, the coin should be kept at the level of $4000, otherwise its more significant weakening can wait for us. Some experts bet on BTC growth to $4500, but, in their opinion, it will be short-term. Most likely, in the near future we will not be able to get far from the mark of $4000.