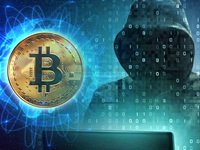 The blockchain analytics arm of Bitfury recently released a report that looked at darknet entity interactions with cryptocurrency exchanges and other darknet entities throughout the first quarter of 2020 compared to darknet activity from the past three years. The report noted that bitcoin continues to be a financial tool for darknet entities,” and despite cryptocurrency exchanges and governments around the world putting more strict regulations around the crypto industry, darknet cash flows are still on the rise.

BTC sent from one darknet entity to another grew significantly.

Crystal Blockchain report revealed that the percentage of bitcoins sent from one darknet entity to another grew from 10% in Q1 2019 to 19% in Q1 2020, which highlights an overall growth in darknet revenue and cooperation. However, fewer darknet entities are now using crypto exchanges.

Earlier, the leading peer-to-peer cryptocurrency exchange Localbitcoins reported that it has managed to significantly reduce the amount of darknet-related transactions done using the platform. The P2P platform claimed that it had witnessed a decline of over 70% in transactions from darknet markets between September 2019 and May 2020.