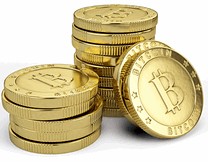 Today within just five hours the bitcoin price decreased by $100, moving 15% down to $551. The movement is a sort of price correction, which started when the price reached $774 on June 18. Some market experts consider Bitcoin was overbought after the price reached the two-year record high mark. Similar ideas were supported by lots of market experts, after the price moved down significantly within just one day. The Blockchain advisor and consultant George Samman assumes the Bitcoin price got high too fast and due to that its support is fading.

At the same time some sources say the decline observed can be a subsequence of the possible voting of English people against leaving the European Union. The result will be known in GB on Friday morning or in the USA on Thursday evening. The news like that may speak of widely spread assurance the Bitcoin is a "safe heaven" during the global financial crisis, when its value as the investment resource gets evident to the utmost.

For instance traders consider the Brexit vote (to stay or leave the EU for the UK) as well as the financial crisis in China are the main reasons for the Bitcoin prices to go up rapidly. During their statements the Chairman of Crypto Currency Fund Tim Enneking, the investor and entrepreneur Vinny Lingham and advisor and Arthur Hayes, co-founder and CEO of bitcoin leverage trading platform BitMEX are all sure Brexit is the most definite factor that could affect the decline of the Bitcoin price.

Arthur Hayes reports: "The drop below $600 indicates that many traders believe that 'Bremain' will prevail. The vote is still too close to call with various polls indicating 'Brexit' and 'Bremain' in a dead heat." He also considers the price on Bitcoin will exceed $700 per unit in case Great Britain eventually leave the EU or will stay around $550 otherwise. George Samman in his turn is sure Bitcoin will keep on growing. Vinny Lingham looks rather optimistic assuming the Brexit vote will be successful and Bitcoin will rise up to $700 soon.